Search
Follow simple up on WordPress.com
Join 1,042 other followers

Posted by Kathy Peterman on October 21, 2017 in Adventure

The world of dating has changed in the last ten years. We’ve now got apps to help with that versus online sites or ads in the paper. Here is what I’ve learned in August and September about dating. And not just dating…but dating at sixty years young!

I was actually pretty shocked when not too long after my abbreviated Camino and injuries, I suddenly felt like dating again. It’s been four years since I dabbled in the world of relationships. I think my fall and vulnerable feelings of being in a foreign country without speaking the language had its influence. When I had such a beautiful adventure as France was, I longed to share it with a partner. And when I hurt myself, didn’t speak the language and I had to figure out how to get home all on my own…I guess you could say it took being so alone to realize, that is not my wish for my future. I’d really like a companion and partner to share the rest of my years with.

I’m going to cover the logistics and then the experiences of dating.

In June I was focusing on resting and healing, so I had plenty of time to listen to Arielle Ford and Claire Zammit’s ten-day Art of Love series. They even kicked off their event on my birthday which felt like a sign I was meant to participate! A couple of big lessons I got from this series were:

I tried to get on Match.com, but I experienced some glitches in their website and it’s nearly impossible to get in contact with someone for help, so I’ve put that aside for now.

Apps are now the thing with many who are dating. I ventured for my first time into the world of dating apps to find out more about two of them that appealed to me.

Bumble was designed by a woman and it takes the woman saying “yes” to start connections. Sign up is a breeze if you allow access to your Facebook page. It will import your location, age, name and 6 photos, then you get to edit them and write a brief 250 character description of yourself.

It’s similar to Tinder with swipe left to say “no” and swipe right to say “yes” to those within your search parameters. When both parties say “yes” the woman has 24 hours to initiate contact. What this does is screen out the guys you don’t wish to connect with while letting the guys know, those they hear from have an interest in them. Once a mutual connection occurs, if the woman doesn’t reach out with 24 hours, that person fades to grey and “expires”, but you can pay to “rematch” if you like.

Settings allow you to filter for gender, distance and age. You can link it to your Spotify account if musical tastes are important to you. You can also look for BFFs if friendship is your goal. In the settings you can easily message Bumble with a question.

I have a friend who met her husband on this app, so I was interested to give Coffee Meets Bagel a try.  It also requires the woman to say yes for a connection to occur. Each day new matches based on your preference for gender, age, height, distance, ethnicity and religion will come up on your screen. Mutual connections unlock a chat. You can sign up easily via a Facebook interface and then edit photos and a few sentences about yourself. 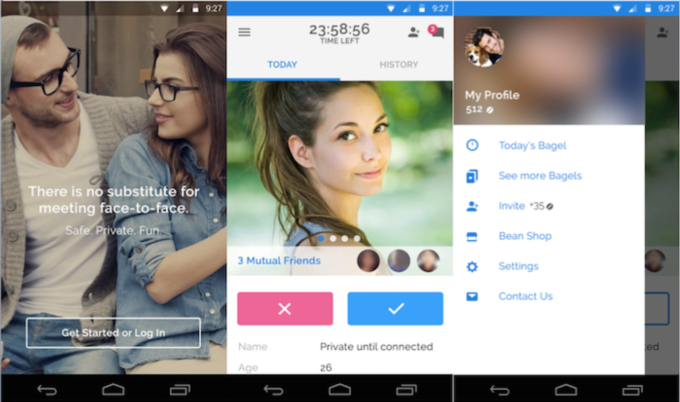 Basics are free and more features are available for a fee from $12-35 a month, based on how many months you purchase.

I tried out two different speed dating options; Veg Speed Date and DateSwitch. Both charge near $30 to attend a two-hour event at a bar or similar venue where women sit and the men rotate around for five-minutes intervals to get to know each other briefly. The whole goal here is to figure out if this is someone you’d like to get to know more. At the end of the event people can hang around and chat or sometimes there’s music or dancing. Once you go home you log online to indicate those you’d like to get to know more. When it’s a mutual match, contact information is shared.

Okay enough about logistics now on to the experiences! But first, you may be wondering what this has to do with Simplifying. This blog is all about creating a life that is Simple, Intentional & Soulful. Getting back into dating is all about being intentional and fulfilling my souls desire. I’m not saying any of this is simple.

I really enjoyed the Art of Love series. It had so many viewpoints and tips for anyone venturing out into the dating world. And that’s exactly what it feels like…an adventure in which one doesn’t know exactly what to expect. I listened to all 10-days of their free Art of Love series, and then purchased the recordings to help motivate me as I begin the ups and downs within dating. I highly recommend this as a way to find out how serious you are about dating and to get clear what is that you desire as well as gathering the advice of more than 20 experts in the comfort of your own home. 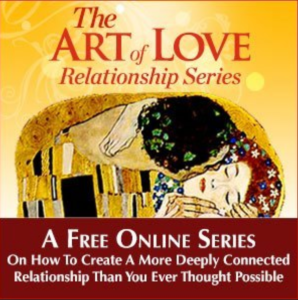 I really like the apps for the ease of screening and I appreciate how they can filter out guys that I have no interest in. I suspect this is good for the guys too, as it’s nice to know there is a mutual interest as your springboard. What I’m less fond of is that for my age there are not many guys using these apps. Coffee Meets Bagel ran out of guys within one week. Bumble had more guys, but it doesn’t filter by height, and I’m 6-feet tall, so I really like having that filter! Bumble also expanded my mileage to help bring more guys in, but then it included many guys into hunting, fishing, Christianity and a different lifestyle than mine. So, I’ve pulled my mileage back in, sorry Salem! I’ve chatted with a handful of guys on both apps. Neither app has led to any dates yet. Many of the guys have been outright flakey, saying “I’ll call you tonight” and then repeatedly not doing so. Or I’ve had the reverse with guys starting to talk cutesy with me “I wake up thinking about you.” when we’ve shared 4 sentences in a chat. Ewww! I will continue to give apps a try, to see what works or doesn’t. Next up to try is MeetMindful that my friend Victoria suggested.

Speed dating has by far been a lot of fun and an easy way to meet “real people” face to face. At the Veg Speed Date, they are getting established here in Portland, so they had no age criteria. We had 19 women and men ranging in ages of late 20’s to late 60’s with many in their 30’s to 40’s. Their next event is going to be split into two age groups and I plan to attend. Out of those 19 guys, I said yes to two. As it turns out, I did not have any mutual matches. Veg Speed Date sent a really nice reply for those without a match and an offer for a discount to their next event. I had fun and was really impressed with how kind people were and how easy the time passed! DateSwitch had their age 50-65 event last month and nine guys and gals showed up. They hosted it at a bar in Old Town, which is not my favorite neighborhood after dark. People participating in the event were nice and after doing the other speed date with 19 of each gender, 9 went super fast! Out of nine guys, three were named Steve and the nine women had two Kathy’s! I said “yes” to five of the guys. One has said “yes” back, so we are setting up a date next week. One was there to promote his business, which did not seem cool to me. If you don’t want to date, save the seat for someone who does!

A couple at Date Switch event in Portland

Another thing that happened during August, was a friend mentioned her widowed dad was looking for a companion to go places with. So I have been spending time with him doing a walk and then a fun night out to the Montavilla Jazz Festival. He also invited me to Cirque de Soleil which was a super fun first for me! He has a big heart, a kind genuine smile and he’s a gentleman. I am enjoying his company and appreciating spending time together. Grateful for good men in my life!

So my mantra is “I’m in it for a marathon, not a sprint” as my dating experience unfolds. Wish me luck and let me know if you’ve got a great guy you think I should meet. And my theme song for my August dating is Brand New Day by Sting.